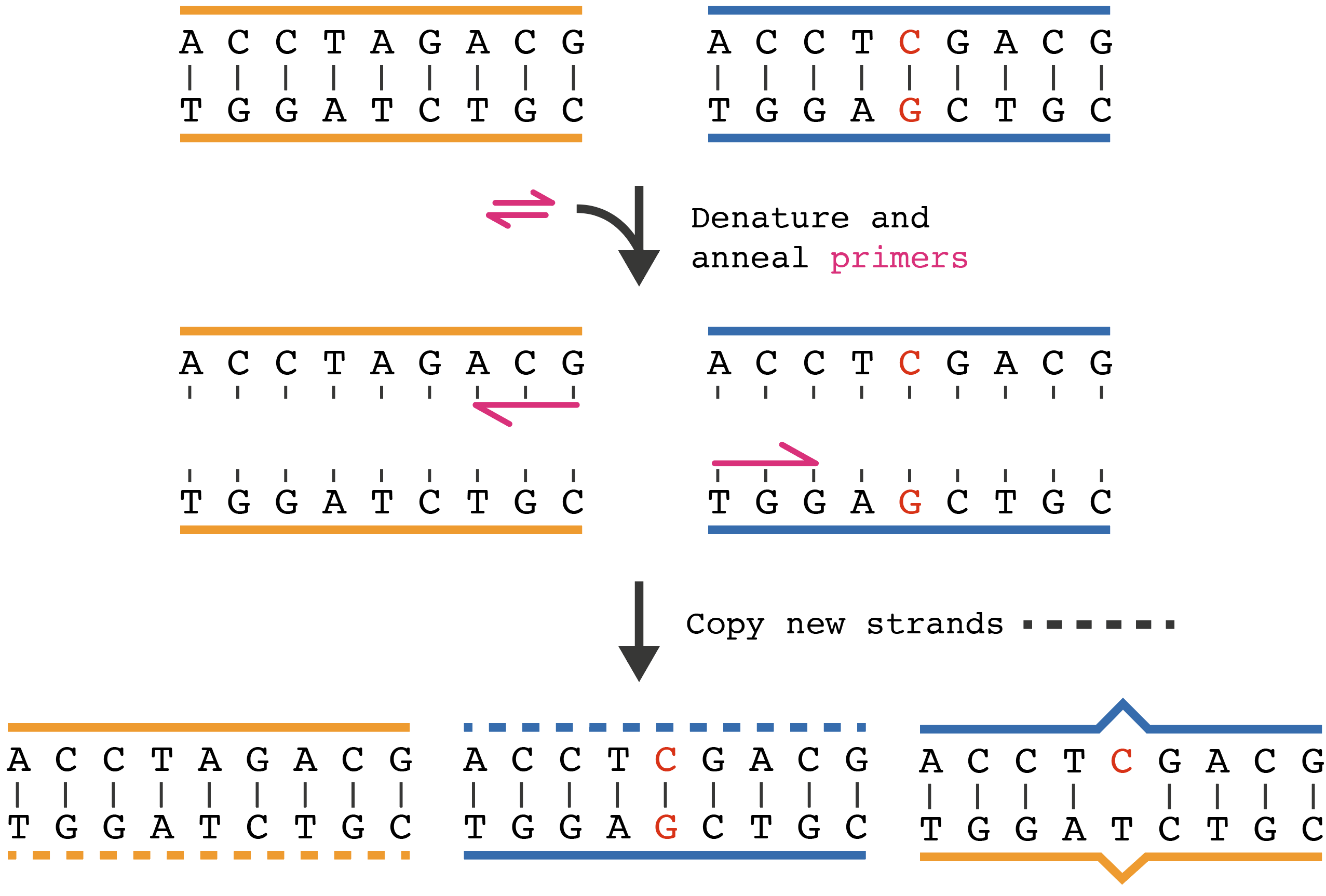 A heteroduplex is not a PCR chimera, which is defined on Wikipedia as

It occurs when the extension of an amplicon is aborted, and the aborted product functions as a primer in the next PCR cycle. The aborted product anneals to the wrong template and continues to extend, thereby synthesizing a single sequence sourced from two different templates.

Starting with ccs v6.3.0, --hd-finder activates algorithms to detect heteroduplexes during the HiFi generation. Substitutions and large insertions (>20bp) with a significant strand bias are detected at the subread level. Subreads are aligned to the draft, and a pileup is generated. Divergent substitution sites are identified, and fisher’s exact test is used to determine if a substitution has strand bias. ZMWs labeled as heteroduplex are split, on-the-fly, into single-stranded CCS reads. As a consequence, ccs distinguish between double-stranded (DS) and single-stranded (DS) ZMWs and their consensus reads. Implications:

At the end of each execution, ccs reports for --log-level INFO a summary. This summary contains combined and individual metrics for DS and SS.

Typical content of the strand-aware ccs_reports.txt file. Contrary to the default output, this file does not report numbers in ZMWs, but actual DS and SS reads. Accounting in SS ZMWs is not possible, as one strand might fail and the other succeed. The percentage of the Inputs is with respect to the number of ZMWs, all other percentages are with respect to reads in their column.

Can I combine it with HiFi kinetics?